Salman Khan shoots for Bharat after welcoming Katrina Kaif on board

Despite a big change in the cast of the film, the shoot of Ali Abbas Zafar’s Bharat is going on in full swing. This we say after seeing new photos that have surfaced on social media. While fans have already been treated with Salman Khan’s first look shared by Zafar, his latest photos have him posing with the cast of the movie.

Donning a white ganji, Salman struck a pose with co-actor Tariq Mir who bears a stark resemblance with Game of Thrones’ Peter Dinklage. In another photo, he is seen with another member of the Bharat team. Earlier, Salman’s stylist Ashley Rebello shared a photograph of the actor which had him in his casual avatar. Sharing the photo, Ashley then wrote, “Sk in Bharat one day down many more to go.”

See photos of Salman Khan from the sets of Bharat Salman Khan with a team member on the sets of Bharat. 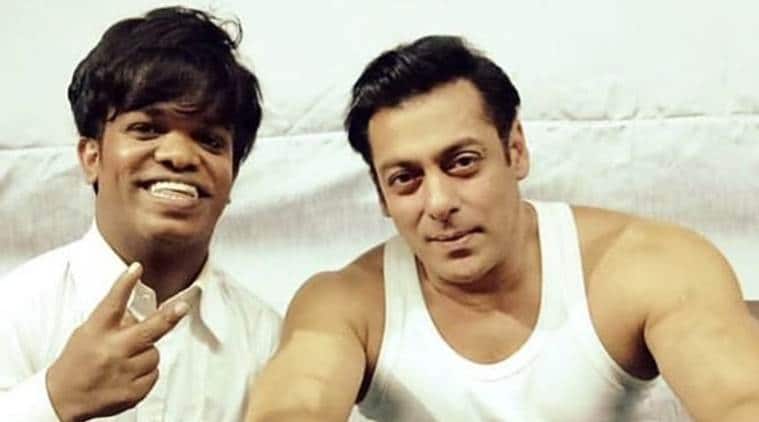 However, a few days into the shoot, Bharat has created much buzz among cinephiles. The film with an ensemble cast including Tabu, Sunil Grover and Disha Patani has gained attention due to its female lead. Priyanka Chopra’s exit from the movie has led to Katrina Kaif taking up the role of Bharat aka Salman’s lifeline in the movie.

Next article - India vs England 1st Test live Cricket Streaming, Ind vs Eng live Cricket Score: When and where to watch IND vs ENG 1st Test? »